What a Find: District of Columbia Boundary Stones

JSP you might want to forward this to the folks at Maine Republic. It backs up what they wrote about jurisdiction. 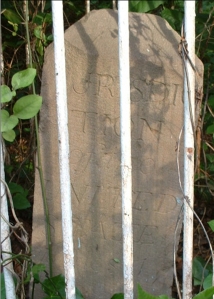 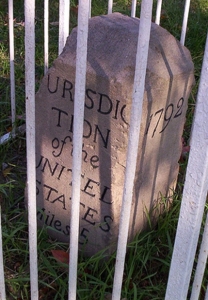 Territorial Jurisdiction defined (Black’s Law 3rd Ed)
Jurisdiction considered as limited to cases arising or persons residing within a defined territory as a country, a judicial district, etc. The authority of any court is limited by the boundaries thus fixed.

I’ve been trying to educate people for years that the Federal Government has no jurisdiction outside of D.C. and the territories (except in a very few limited areas – Forts, docks, magazines). Here it is ….. written in stone.

You can view the stones and their history here:
http://www.boundarystones.org/

Stories from ‘America Unearthed’ are here and possibly on youtube – well worth watching.
http://www.history.com/shows/america-unearthed/videos/america-unearthed-secret-blueprint-of-america – or  You can view the video from Comcast ‘On Demand’.

Ghost of the Republic [music]:  https://www.youtube.com/watch?v=p1vQY3O6_hk