Mainstream media are the most effective weapon of oppression humanity has ever seen – but the wall of propaganda comes crashing down once you can’t afford to eat.

After analyzing the concentration of wealth within the United States, the conclusion is clear: America has become a feudalistic society. The income gap between the top 1 per cent of the population and the remaining 99 per cent is now at an all-time high.

Since 2009, the top 1 per cent has taken home 95 per cent of income gains. Over the same time period, the five largest “Too Big to Fail” banks have grown by 30 per cent. The richest 400 US citizens now have more wealth than 185 million of their fellow Americans combined. As the rich get insanely richer, the middle class has been eviscerated, with its income in a downward spiral.

As bad as all these sounds, you need some more context to grasp fully the feudalistic nature of it all, the crime against humanity that it truly is. Together, US millionaire households now hold a mind-blowing $50trn in wealth, with an estimated $11trn of that hidden in offshore accounts. Let that sink in for a minute . . . $50trn. (Oct 2013 figure – MUCH MUCH MORE than that in mid-2017)

Most Americans cannot even comprehend how much money that is. You might as well say that US millionaires have $50 gazillion. To give some context, $1trn is $1,000bn.

Imagine how we could evolve society, for the benefit of everyone if we seized the $11trn held in offshore accounts. Or what if we applied the religious charitable tithe of 10 per cent to the $50trn and created a $5trn fund to rebuild society?   (Platforms like the Chinese, Vatican, and corporate heads are running continually TO PROFIT THEMSELVES – NOT TO REBUILD SOCIETY but to DESTROY IT.)

It doesn’t take an in-depth understanding of economics to realize that in a healthy and sane society, the distribution of wealth would be dramatically different. The sad part is that if Americans understood how much wealth there is, we would have a full blown revolution.

The only thing that comes between the modern-day US aristocracy and an “off with their heads” style uprising is the all-encompassing mainstream propaganda system.

Mainstream media are the most effective weapon of oppression humanity has ever known. They flood us with a relentless stream of superficial information. The more important that something is, the less it is reported on.

However, the wall of propaganda comes crashing down once you can’t afford to eat.

One of the key factors holding a popular uprising back is the food-stamp program. There are currently 47 million people surviving on food stamps, and last month the United States House of Representatives voted to cut $40bn out of the food-stamp program. Leave it to the short-sighted court jesters running the House of “Representatives” to speed up their own decline by cutting off bread from the people who are a missed meal away from taking to the streets with pitchforks and torches. 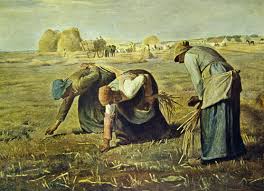 Official economic policy is going from “Let them eat cake” to “Let them starve to death”. As that Rage Against the Machine song goes, “Hungry people don’t stay hungry for long.” Especially when they are surrounded by flagrantly excessive wealth.
More than 75 per cent of the US public is living from pay check to pay check. On top of that, there is now an entire generation of low-paid workers who have gone into severe debt in the process of getting their college degrees. Student debt has exploded to over $1trn. With 60 per cent of the few new jobs being created in the part-time, temporary and low-paying service sector of the economy, this generation will be locked into a lifetime of debt slavery, modern-day indentured servitude.
.
The Occupy Wall Street movement was merely a warm-up act for aware and economically failing citizens. They are organizing in a decentralized manner, in fits and starts, on the periphery of society outside the mainstream media spotlight. One can only hope that nonviolent movements can bring enough pressure to get politicians to change course drastically and quickly move to a more economically just and stable system.

We are on a disastrous course and the hour is getting late. Yet, for all the vast problems we have, there are effective alternatives and solutions. These solutions are at present held back by the corrupting influence of money in politics. Campaign finance, lobbying, and the revolving door between Washington and the world’s most powerful corporations has devolved into a system of blatant legalized political bribery.

As long as we allow short sighted and greed-addicted forces to dominate our financial, political, legal, and media systems, we will continue our descent into the abyss. As economic inequality soars in unprecedented fashion and a critical mass suffers in isolation, the mainstream media and politicians lazily ignore a society that is in rapid decline.

We can no longer afford to sit back and wait for politicians to fix these problems.

The political system has been overrun with corruption. It is now time for awake and aware individuals to step up, find common ground, and lead their communities to a sustainable future. We are bringing people together to create a community dedicated to providing solutions to the crisis with which we are confronted.
.
To facilitate the process we have launched a new social network. Please join us at: https://www.facebook.com/EvolveSociety/
.
David DeGraw is a writer and activist. He coined the term “the 99 per cent”, made famous by the Occupy movement